Shortlisted design of sports courts and swimming pool for Eton

In 2017 we were shortlisted in a competition to design a new sports building for Eton College.

The boys’ boarding school, founded in 1440, is one of the oldest in the country and is well known for its academic excellence and traditions (there can’t be many schools with their own glossary). Sports are taken seriously, and the school benefits from expansive grounds and a rowing lake, Eton Dorney, which hosted rowing in the 2012 Olympic and Paralympic Games.

We explored two options for the new building that made the most of a fairly constrained site and followed Sport England recommendations. To complement the massing, rhythm, rooflines and materiality of existing buildings at Eton, the new building is not read as one large block, but rather as separate pavilions with gabled roofs. The courts and halls are lifted above the ground floor base, which is transparent and provides views between the Fives street and the sports field. Decorative brickwork presents an attractive façade and makes use of the Eton red brick.

Internally, the climbing wall extends from the basement to first floor, and courts offer flexibility and plenty of storage. Two options were also given for a 25-metre and 50-metre swimming pool on the site of the existing outdoor pool. Our design was a contemporary glazed pavilion that blends in among the surrounding trees and fields. 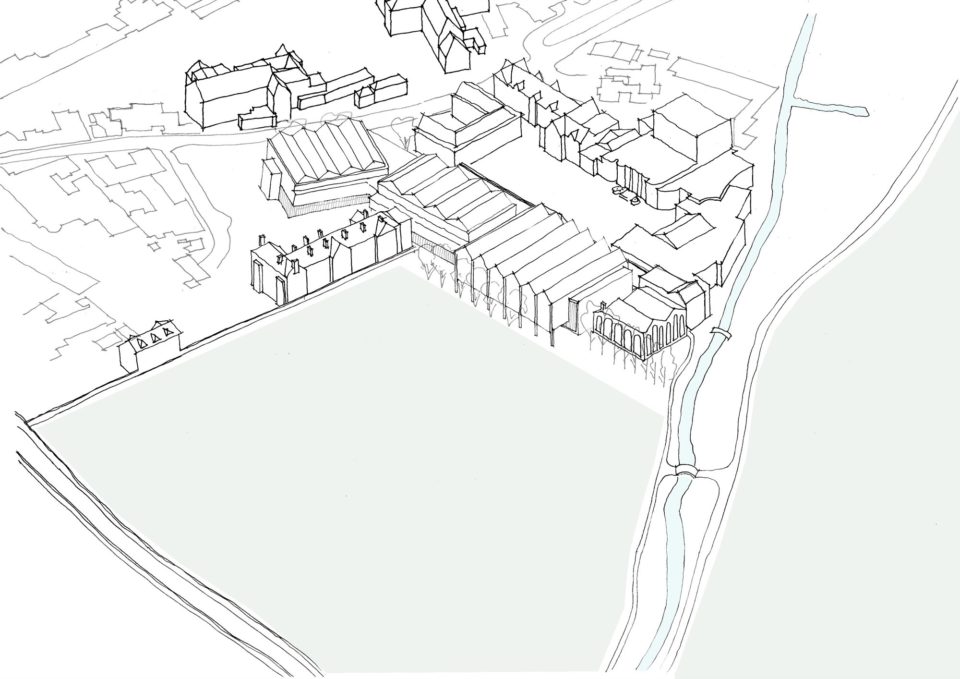 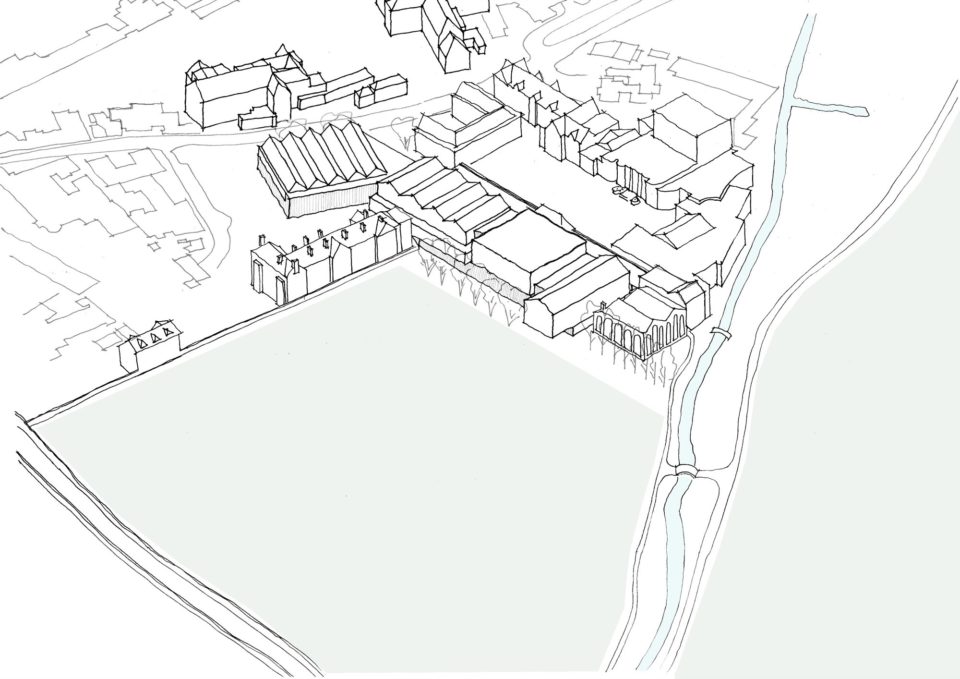 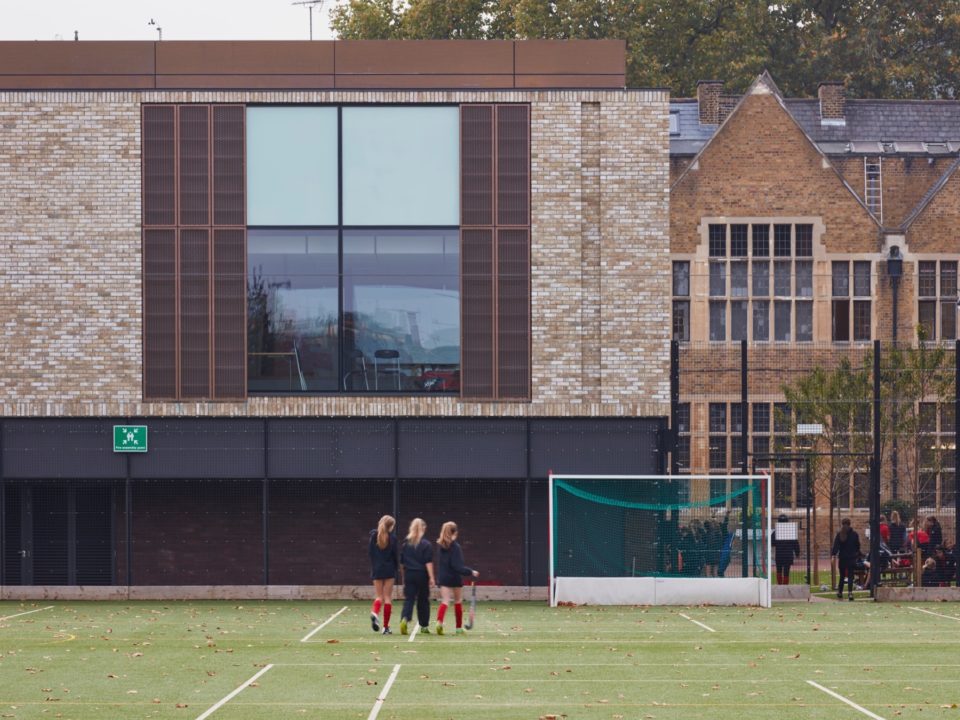 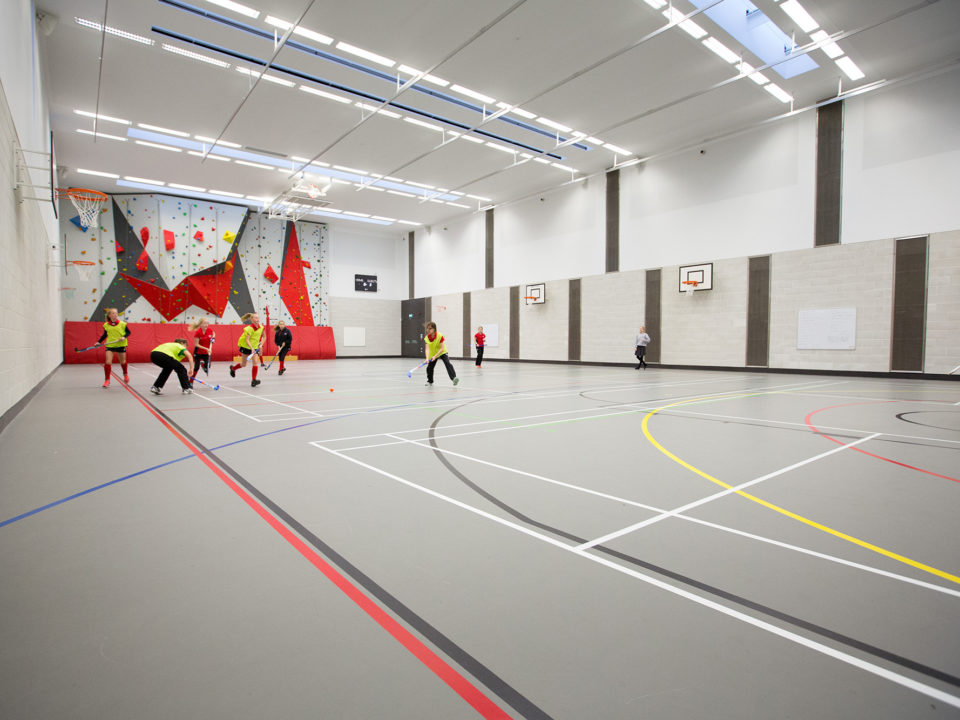 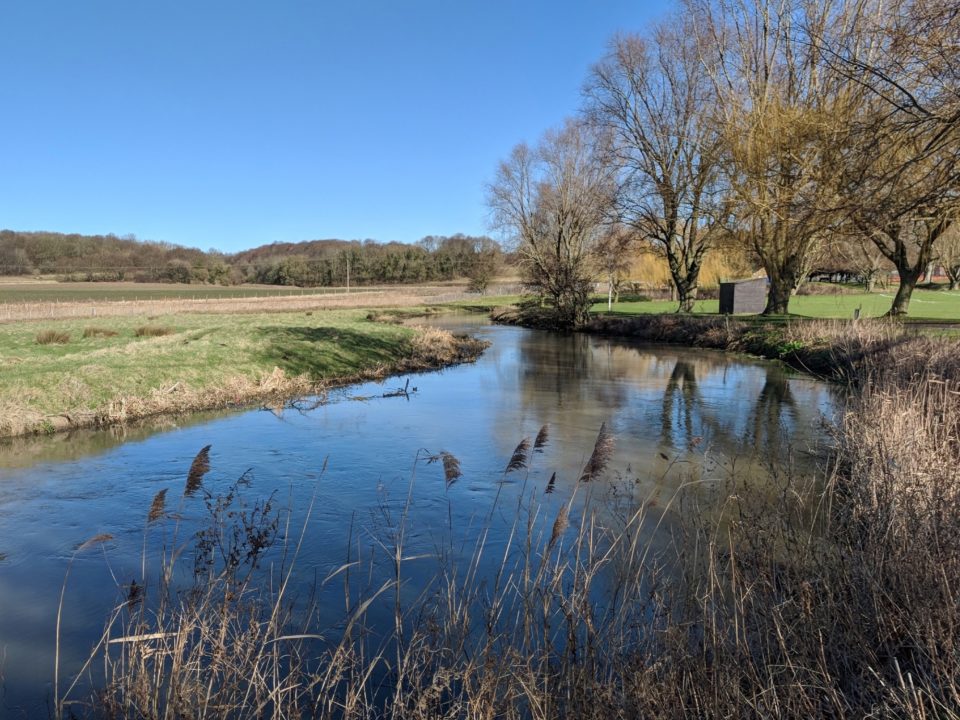 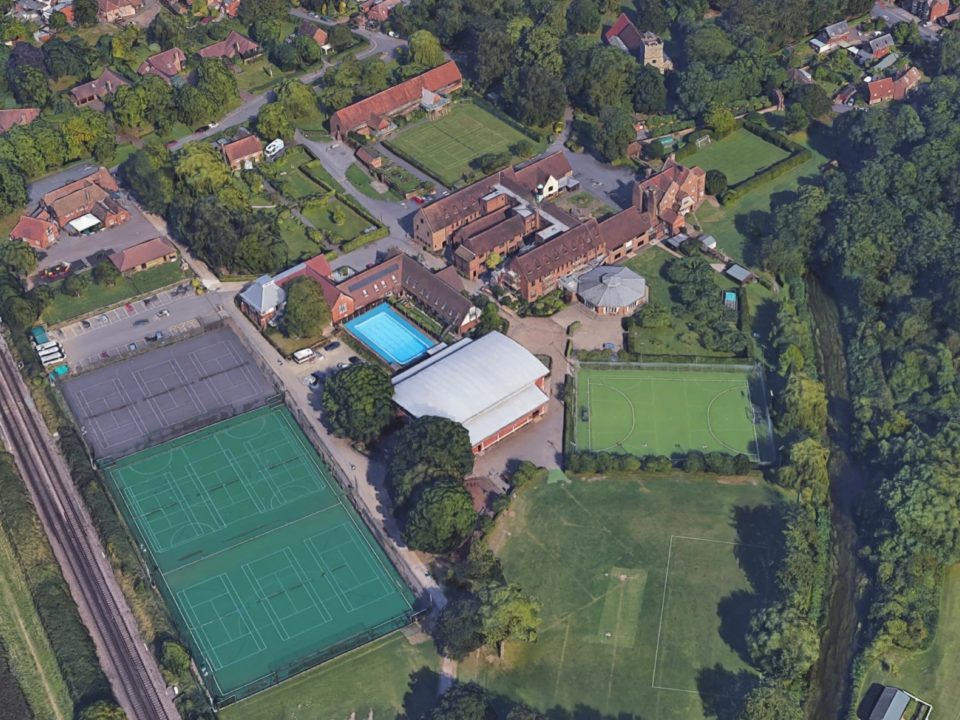 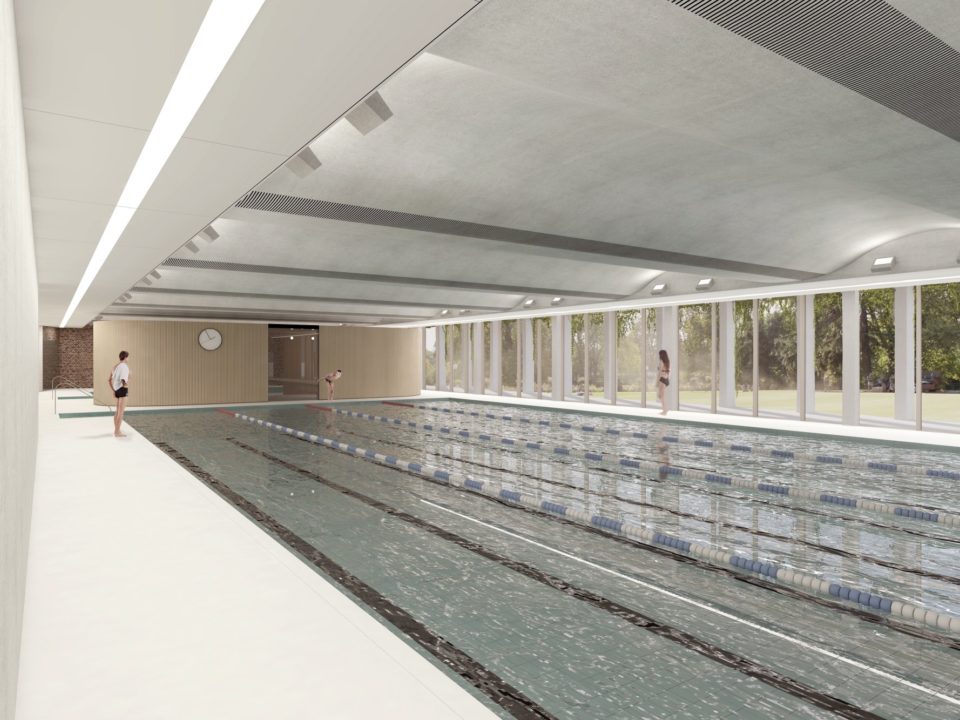 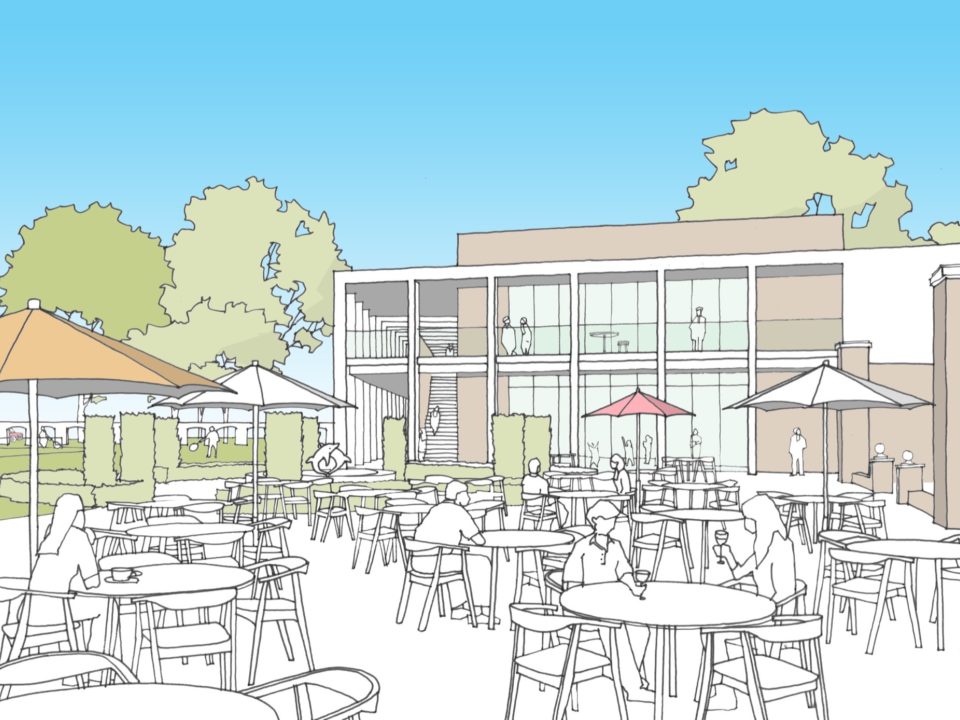